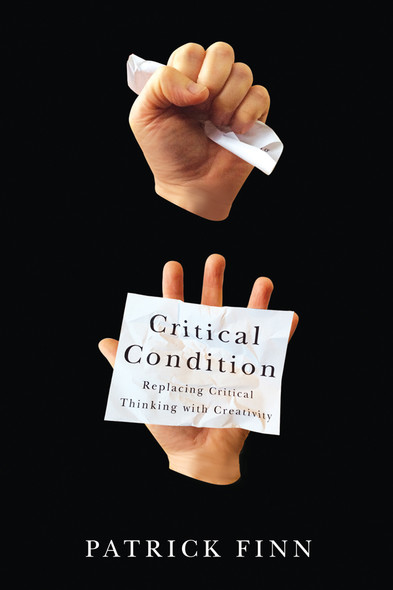 Should we stop teaching critical thinking? Meant as a prompt to further discussion, Critical Condition questions the assumption that every student should be turned into a “critical thinker.”

The book starts with the pre-Socratics and the impact that Socrates’ death had on his student Plato and traces the increasingly violent use of critical “attack” on a perceived opponent. From the Roman militarization of debate to the medieval Church’s use of defence as a means of forcing confession and submission, the early phases of critical thinking were bound up in a type of attack that Finn suggests does not best serve intellectual inquiry. Recent developments have seen critical thinking become an ideology rather than a critical practice, with levels of debate devolving to the point where most debate becomes ad hominem. Far from arguing that we abandon critical inquiry, the author suggests that we emphasize a more open, loving system of engagement that is not only less inherently violent but also more robust when dealing with vastly more complex networks of information.

This book challenges long-held beliefs about the benefits of critical thinking, which is shown to be far too linear to deal with the twenty-first century world. Critical Condition is a call to action unlike any other.