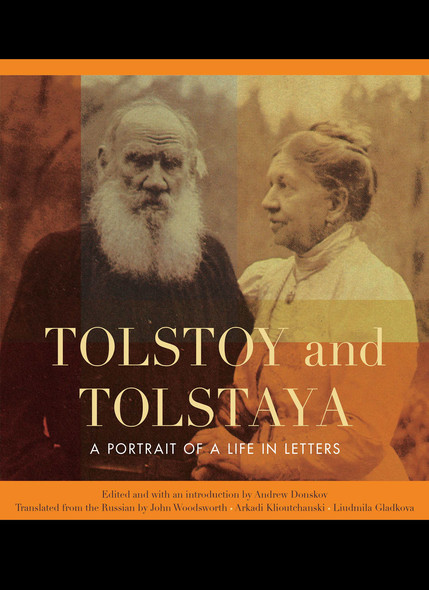 Tolstoy and Tolstaya : A Portrait of a Life in Letters

Both Lev Nikolaevich Tolstoy (1828–1910) and his wife Sofia Andreevna Tolstaya (1844–1919) were prolific letterwriters.
Lev Nikolaevich wrote approximately 10,000 letters over his lifetime — 840 of these addressed to his wife. Letters written by (or to) Sofia Andreevna over her lifetime also numbered in the thousands. When Tolstaya published Lev Nikolaevich’s letters to her, she declined to include any of her 644 letters to her husband. The absence of half their correspondence obscured the underlying significance of many of his comments to her and occasionally led the reader to wrong conclusions.
The current volume, in presenting a constantly unfolding dialogue between the Tolstoy-Tolstaya couple — mostly for the first time in English translation — offers unique insights into the minds of two fascinating individuals over the 48-year period of their conjugal life. Not only do we ’peer into the souls’ of these deep-thinking correspondents by penetrating their immediate and extended family life — full of joy and sadness, bliss and tragedy but we also observe, as in a generation-spanning chronicle, a variety of scenes of Russian society, from rural peasants to lords and ladies.
This hard-cover, illustrated critical edition includes a foreword by Vladimir Il’ich Tolstoy (Lev Tolstoy’s great-great-grandson), introduction, maps, genealogy, as well as eleven additional letters by Sofia Andreevna Tolstaya published here for the very first time in either Russian or English translation. It is a beautiful complement to My Life, a collection of Sofia Tolstaya’s memoirs published in English in 2010 at the University of Ottawa Press.