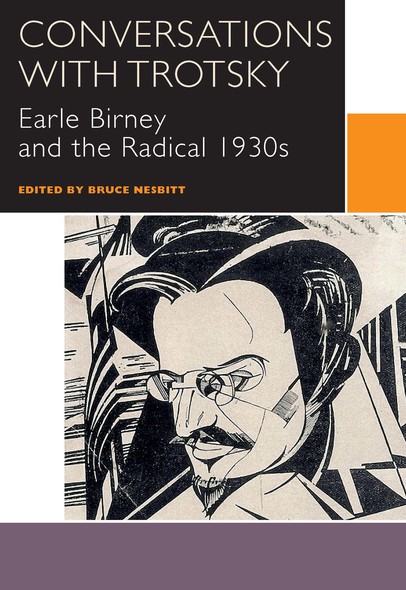 Conversations with Trotsky : Earle Birney and the Radical 1930s

This collection presents all of Earle Birney’s known published and unpublished writings on Trotsky and Trotskyism for the very first time. It includes their correspondence as well as a selection of Birney’s letters and literary writings.
Before he became one of Canada’s most influential and popular twentieth century poets, Earle Birney lived a double life. To his students and colleagues, he was an engaging university lecturer and scholar. But for seven years—from 1933 to 1940—the great Russian revolutionary Leon Trotsky was the focus of his writing and much of his life.
During his years as a Trotskyist in Canada, the United States and England, Birney wrote extensively about Trotsky, corresponded with him, organized Trotskyist cells in two countries, and recruited on behalf of Trotskyism; he also lectured on Trotsky and interviewed him over the course of several days. One of his two novels is based on some of these activities.
The collection traces the origins of Trotsky’s mistrust of “the British” to his experiences in Canada; shows Birney’s influence on a major shift in Trotsky’s policy of “entrism” in British politics; includes the largest body of Trotskyist criticism in Canadian literary history; and demonstrates the need for a radical re-reading of Birney’s poetry in light of his Trotskyism.