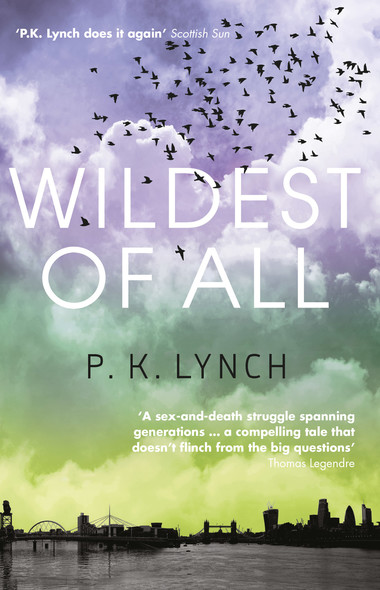 'Wildest of All is a sex-and-death struggle spanning generations, portraying three women in search of an authentic life. It's a sharp and compelling tale that doesn't flinch from the big questions.' Thomas LegendreThe Donnelly family are a tight-knit bunch, but when one of their own dies suddenly, the mother, the daughter-in-law, and the daughter, despite being united in grief, are each sent hurtling in wildly different directions.From the churches of Glasgow to the nightclubs of London, can they find their way back to each other before it's too late? And in the wake of a parent’s death, who exactly is responsible for looking after whom?Lynch brings us an emotive journey, following Sissy, Anne and Jude as they navigate the roles of motherhood and family in the wake of the loss of a husband, father and son.What Reviewers and Readers Say:
'A deeply moving and thought-provoking story about family ties, what breaks them, what heals and the wounds we all pick up as life swirls on.' Lucy Cavendish'P.K. Lynch does it again with her second novel, demonstrating her skills as an author with real depth to her writing.' Matt Bendoris'P. K. Lynch’s second novel is both disturbing and exhilarating, filled with joy and pain, humour and bitterness, and a group of characters who live, breathe, and illuminate Sissy Donnelly’s world in the aftermath of her father’s death. Wildest Of All delivers a magical and moving climax for readers of the modern world.' Ruby McCann'A terrific read. I have nothing but envy for anyone who begins this book, because they have it all to come.' Roy Williams