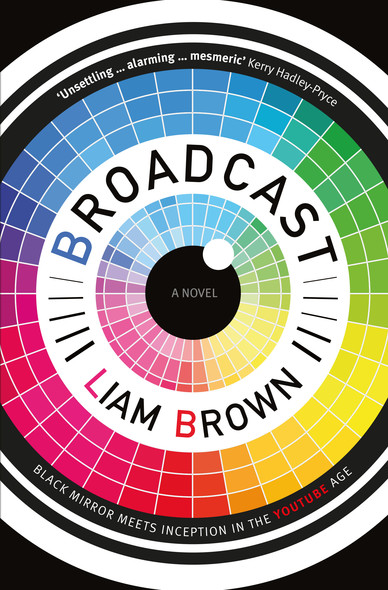 Broadcast: If you like 'Black Mirror', you'll love this clever dystopian horror story

Inception meets Black Mirror for the YouTube generation.
The idea behind MindCast is simple. We insert a small chip into your skull and then every thought, every feeling, every memory is streamed live, twenty-four hours a day. Trust me – within a few months you'll be the most talked about person on the planet. When David Callow is offered the lead role in a revolutionary new online show, he snatches at the opportunity. Rapidly becoming a viral sensation, David is propelled to stratospheric levels of celebrity. However, he soon realises the downside of sharing every secret with the world. A prisoner to both his fame and his own thoughts, David seeks to have the chip removed, only to discover the chilling secret lurking at the heart of MindCast, and the terrifying ambition the show's creator has for him.
What Reviewers and Readers Say: 'Delivers a brilliant, ice-cold rush of horror … Truly a morality tale for our digital age' Daily Mail ‘I couldn't put Broadcast down. I think Liam has the narrative temperature just right here between a compulsive read and a clever Ballardian dystopian prophecy. I'll be thinking about this book for a while, and, to me, that's the sign of something really special.’ Kerry Hadley 'A thriller that's both hugely entertaining and immediately relevant to the current social media culture... An unsettling tale for our times Broadcast is thriller, commentary, and really very good.' Luke Marlow, The Bookbag 'A relentlessly thrilling selfie-induced panic attack. Broadcast isn't about the future, it's about right now.' Socrates Adams, author of 'Everything's Fine' and 'A Modern Family' 'short, fast-paced and un-put-downable ... the story made all the more terrifying because of its proximity to reality, only a small step away from what could be.' Mari Ellis Dunning 'Broadcast is a riotous victory for speculative live entertainment, delivering a sleek, alternative diversion for our appreciate... Not only is this book highly imaginative, it's also one of my favourite reads this year. Terrific stuff!' Wendy Smart, Little Bookness Lane