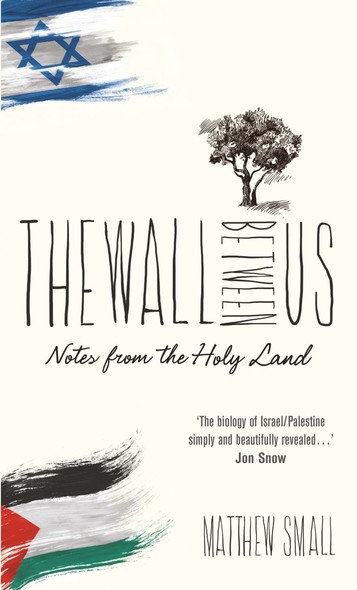 The Wall Between Us : Notes from the Holy Land

'The biology of Israel/Palestine simply and beautifully revealed... Matthew Small, despite the horror of both the war, and the wall, works and travels both sides of the divide, and brings us to an understanding of where the seeds of peace can yet be found.' Jon Snow, Journalist and Presenter
Writer Matthew Small travelled to the Holy Land to further his understanding of the enduring conflict between Israel and Palestine. While there, he discovered beauty, fear and suffering like nowhere else in the world. In these honest and evocative reflections, Small retells his experiences of crossing into the West Bank to work the olive harvest with Palestinian farmers.
He relates his encounters with organisations that are determinedly working to sow the seeds of peace in soils that are deeply scarred by suffering and war. While reliving these unforgettable experiences, through his writing he struggles to find why the wall between these two groups of people exists. Deciding to join a group of international and Israeli volunteers, Small attempts to show that, despite the ongoing occupation, peace is not lost, but still to be discovered.