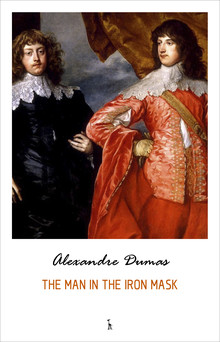 The Man in the Iron Mask

In the darkest depths of the Bastille, a man has been robbed of his freedom and identity, denied any knowledge of the nature of his crimes. Only a handful of people, including the corrupt King Louis XIV and his mother, Queen Anne, know who the prisoner is and why he has been locked away. But the secret of the man in the iron mask is about to be revealed. Long after d’Artagnan first journeyed to Paris to join the elite guardsmen known as the Musketeers, he remains in the service of the crown. His fellow swordsmen Athos, Aramis, and Porthos have long since moved on, but their paths will cross once again when the king is kidnapped and the mysterious prisoner disappears. To save France, d’Artagnan must uncover the connection between the two events and decide where his true loyalties lie—with the monarchy, or his old friends?