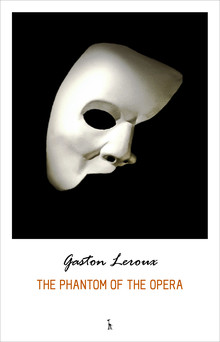 The Phantom of the Opera

Rumours that a ghost stalks the dark passages and cellars of the Paris Opera House, wreaking havoc, have long been rife among staff and performers. This Phantom also haunts the imagination of the beautiful and talented singer Christine Daaé, appearing to her as the 'Angel of Music' - a disembodied voice, coaching her to sing as she never could before. When Christine is courted by a handsome young Viscount, the mysterious spectre, who resides in the murky depths of the building, is consumed by jealousy and seeks revenge. With its pervading atmosphere of menace, tinged with dark humour, The Phantom of the Opera (1910) offers a unique mix of Gothic horror and tragic romance that has inspired film, stage and literature since its publication.