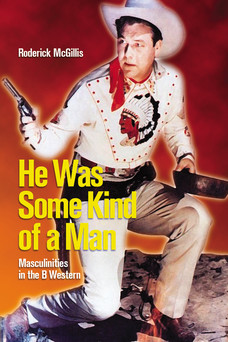 He Was Some Kind of a Man : Masculinities in the B Western

He Was Some Kind of a Man: Masculinities in the B Western explores the construction and representation of masculinity in low-budget western movies made from the 1930s to the early 1950s. These films contained some of the mid-twentieth-century’s most familiar names, especially for youngsters: cowboys such as Roy Rogers, Hopalong Cassidy, and Red Ryder. The first serious study of a body of films that was central to the youth of two generations, He Was Some Kind of a Man combines the author’s childhood fascination with this genre with an interdisciplinary scholarly exploration of the films influence on modern views of masculinity. McGillis argues that the masculinity offered by these films is less one-dimensional than it is plural, perhaps contrary to expectations. Their deeply conservative values are edged with transgressive desire, and they construct a male figure who does not fit into binary categories, such as insider/outsider or masculine/feminine. Particularly relevant is the author’s discussion of George W. Bush as a cowboy and how his aspirations to cowboy ideals continue to shape American policy. This engagingly written book will appeal to the general reader interested in film, westerns, and contemporary culture as well as to scholars in film studies, gender studies, children’s literature, and auto/biography.