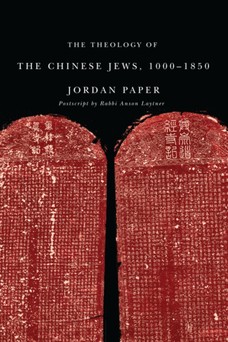 A thousand years ago, the Chinese government invited merchants from one of the Chinese port synagogue communities to the capital, Kaifeng. The merchants settled there and the community prospered. Over centuries, with government support, the Kaifeng Jews built and rebuilt their synagogue, which became perhaps the world’s largest. Some studied for the rabbinate; others prepared for civil service examinations, leading to a disproportionate number of Jewish government officials. While continuing orthodox Jewish practices they added rituals honouring their parents and the patriarchs, in keeping with Chinese custom. However, by the mid-eighteenth century—cut off from Judaism elsewhere for two centuries, their synagogue destroyed by a flood, their community impoverished and dispersed by a civil war that devastated Kaifeng—their Judaism became defunct. The Theology of the Chinese Jews traces the history of Jews in China and explores how their theology’s focus on love, rather than on the fear of a non-anthropomorphic God, may speak to contemporary liberal Jews. Equally relevant to contemporary Jews is that the Chinese Jews remained fully Jewish while harmonizing with the family-centred religion of China. In an illuminating postscript, Rabbi Anson Laytner underscores the point that Jewish culture can thrive in an open society, “without hostility, by absorbing the best of the dominant culture and making it one’s own.”