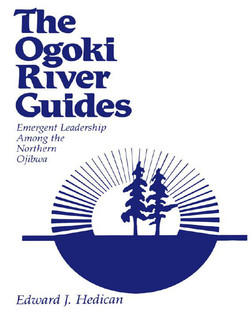 The Ogoki River Guides : Emergent Leadership among the Northern Ojibwa

The Ogoki River Guides describes the prolonged struggle that members of a small native community in northern Ontario have undertaken in their attempt to establish a viable local economy. The leaders of Collins, the community in which the events of the book take place, have made a concerted effort to ensure that the community takes charge of its own affairs and in doing so have generated some important lessons for governmental policy in northern areas. The study makes evident the fact that certain changes in current government practices are needed, especially in areas of local inputs into policy and control issues, if community–based groups like Ogoki River Guides are to flourish and if real local initiatives in economic development has a chance to become a widespread pattern in northern areas. The suggestions, then, is that studies such as the present one which focus on the economic development projects of the native community are necessary in order to help orient government policy and planning. The author uses as exchange theory approach to study the conditions favouring emergent community leadership and to analyse the ways in which political activity in small communities is apt to change under particular conditions and stresses. Yet he also demonstrates some of the inadequacies of exchange theory itself, especially in terms of its difficulty in accounting for variations in historical and cultural change. The Ogoki River Guides should be of interest not only to those in the academic community, but also to those concerned with native affairs at the community level or in higher administrative capacities of planning, policy, and development.