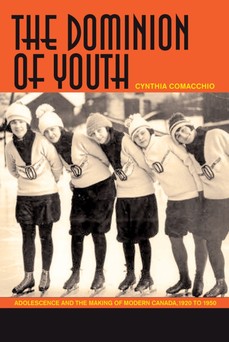 The Dominion of Youth : Adolescence and the Making of Modern Canada, 1920 to 1950

Adolescence, like childhood, is more than a biologically defined life stage: it is also a sociohistorical construction. The meaning and experience of adolescence are reformulated according to societal needs, evolving scientific precepts, and national aspirations relative to historic conditions. Although adolescence was by no means a “discovery” of the early twentieth century, it did assume an identifiably modern form during the years between the Great War and 1950. The Dominion of Youth: Adolescence and the Making of Modern Canada, 1920 to 1950 captures what it meant for young Canadians to inhabit this liminal stage of life within the context of a young nation caught up in the self-formation and historic transformation that would make modern Canada. Because the young at this time were seen paradoxically as both the hope of the nation and the source of its possible degeneration, new policies and institutions were developed to deal with the “problem of youth.” This history considers how young Canadians made the transition to adulthood during a period that was “developmental”—both for youth and for a nation also working toward individuation. During the years considered here, those who occupied this “dominion” of youth would see their experiences more clearly demarcated by generation and culture than ever before. With this book, Cynthia Comacchio offers the first detailed study of adolescence in early-twentieth-century Canada and demonstrates how young Canadians of the period became the nation’s first modern teenagers.