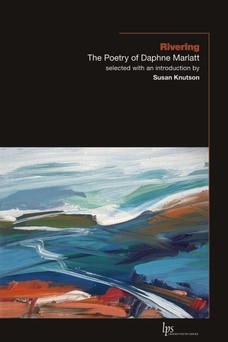 Rivering : The Poetry of Daphne Marlatt

Opening doors, dreaming awake, tracing networks of music and meaning, Marlatt’s poetry stands out as an essential engagement with what matters to anyone writing with a social-environmental conscience. Rivering includes poems inspired by the village of Steveston where, before the war, a Japanese-Canadian community lived within the rhythms of salmon on the Fraser River delta. Also gathered into Rivering: lesbian love poetry from Touch to my Tongue; a transformance of Nicole Brossard’s Mauve; passages from The Given, winner of the 2009 Dorothy Livesay Poetry Prize; a traditional “Kuri” song from the Noh drama, The Gull; and an unpublished excerpt from the chamber opera “Shadow Catch.” Difficult, beautiful, heart-breaking realities of the twenty-first century are urgently immediate in selections from Liquidities: Vancouver Poems Then and Now. All of the poems speak to Marlatt’s poetics of place and of language as passage between distant or disparate human beings, and between human beings and the more-than-human world. The selections are framed by Susan Knutson’s deeply attentive critical introduction and by Marlatt’s “immediacies of writing,” a new lyrical essay investigating the act of writing. Closing with a walking meditation situated by her Buddhist practice, Rivering is both a “pocket Marlatt” and an introduction to one of the best poets of our time.