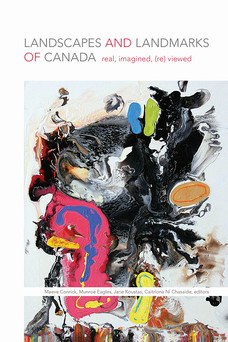 The image of the “land” is an ongoing trope in conceptions of Canada—from the national anthem and the flag to the symbols on coins—the land and nature remain linked to the Canadian sense of belonging and to the image of the nation abroad. Linguistic landscapes reflect the multi-faceted identities and cultural richness of the nations. Earlier portrayals of the land focused on unspoiled landscape, depicted in the paintings of the Group of Seven, for example. Contemporary notions of identity, belonging, and citizenship are established, contested, and legitimized within sites and institutions of public culture, heritage, and representation that reflect integration with the land, transforming landscape into landmarks. The Highway of Heroes originating at Canadian Forces Base Trenton in Ontario and Grosse Île and the Irish Memorial National Historic Site in Québec are examples of landmarks that transform landscape into a built environment that endeavours to respect the land while using it as a site to commemorate, celebrate, and promote Canadian identity. Similarly in literature and the arts, the creation of the built environment and the interaction among those who share it is a recurrent theme. This collection includes essays by Canadian and international scholars whose engagement with the theme stems from their disciplinary perspectives as well as from their personal and professional experience—rooted, at least partially, in their own sense of national identity and in their relationship to Canada.