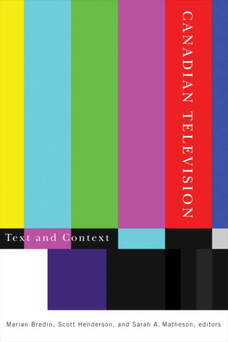 Canadian Television: Text and Context explores the creation and circulation of entertainment television in Canada from the interdisciplinary perspective of television studies. Each chapter connects arguments about particular texts of Canadian television to critical analysis of the wider cultural, social, and economic contexts in which they are created. The book surveys the commercial and technological imperatives of the Canadian television industry, the shifting role of the CBC as Canada’s public broadcaster, the dynamics of Canada’s multicultural and multiracial audiences, and the function of television’s “star system.” Foreword by The Globe and Mail’s television critic, John Doyle.