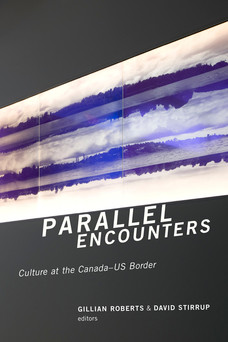 The essays collected in offer close analysis of an array of cultural representations of the Canada–US border, in both site-specificity and in the ways in which they reveal and conceal cultural similarities and differences. Contributors focus on a range of regional sites along the border and examine a rich variety of expressive forms, including poetry, fiction, drama, visual art, television, and cinema produced on both sides of the 49th parallel.The field of border studies has hitherto neglected the Canada–US border as a site of cultural interest, tending to examine only its role in transnational policy, economic cycles, and legal and political frameworks. Border studies has long been rooted in the US–Mexico divide; shifting the locus of that discussion north to the 49th parallel, the contributors ask what added complications a site-specific analysis of culture at the Canada–US border can bring to the conversation. In so doing, this collection responds to the demands of Hemispheric American Studies to broaden considerations of the significance of American culture to the Americas as a whole—bringing Canadian Studies into dialogue with the dominantly US-centric critical theory in questions of citizenship, globalization, Indigenous mobilization, hemispheric exchange, and transnationalism.