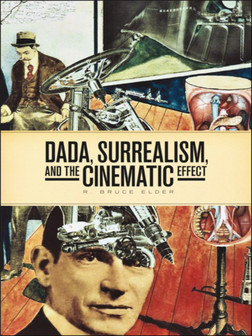 DADA, Surrealism, and the Cinematic Effect

This book deals with the early intellectual reception of the cinema and the manner in which art theorists, philosophers, cultural theorists, and especially artists of the first decades of the twentieth century responded to its advent. While the idea persists that early writers on film were troubled by the cinema’s lowly form, this work proposes that there was another, largely unrecognized, strain in the reception of it. Far from anxious about film’s provenance in popular entertainment, some writers and artists proclaimed that the cinema was the most important art for the moderns, as it exemplified the vibrancy of contemporary life. This view of the cinema was especially common among those whose commitments were to advanced artistic practices. Their notions about how to recast the art media (or the forms forged from those media’s materials) and the urgency of doing so formed the principal part of the conceptual core of the artistic programs advanced by the vanguard art movements of the first half of the twentieth century. This book, a companion to the author’s previous, Harmony &amp; Dissent, examines the Dada and Surrealist movements as responses to the advent of the cinema.