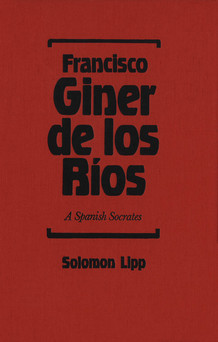 During the nineteenth century, traditional Catholic Spain and its "decadent intellectual climate" was chalenged by liberal Europeanizing influences. It had happened before, but this time the status quo was threatened by Krausism, an idealistic doctrine of universal harmony and rational freedom. In the ensuing culture clash, Francisco Giner de los Rios (1839-1915), a leading exponent of Krausist thought, provided the dominant influence on Spanish intellectuals engaged in the areas of education, law, literature, and science. This outstanding contribution to Spanish cultural history by Solomon Lipp, author of Leopoldo Zea and Three Chilean Thinkers, introduces the political and philosophical reactions to Krausism through the thought and personality of the man who "dreamed one day of a new flowering of Spain"—Francisco Giner de los Rios.