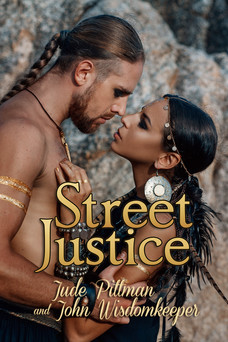 The body of a young Native girl in Vancouver’s world famous Stanley Park is the last thing homicide detective Mark Hanson needed, but the coroner has ruled her death homicide. Hanson calls on Native Support Worker Jesse Dancer to act as liaison between the police and the Native community. Jesse in turn seeks the help of Martine laChance, a family support worker for the Vancouver Friendship Centre. Martine’s assistance will be invaluable and it doesn’t hurt that she’s beautiful and intriguing as well. Knowing they need to look deeper, Jesse and Martine seek the help of reclusive shaman Spirit Water. The shaman guides them on a quest into the spirit world where they catch an elusive glimpse of the merciless killer who isn’t about to abandon his murderous spree until they figure out how to stop him. A battle that will play out in both the mundane and spirit worlds.