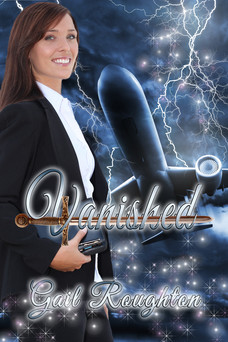 Rainbows aren’t the only things birds and career girls can fly over—or into. Not when they’re flying into the Devil’s Triangle. There’s a door in that Triangle into another world, a world ruled by magic, omens, portents and power stones. A door that picks and chooses who’s allowed through, who’s permitted entry. And it’s very selective. It doesn’t open for just anyone. Why was Tess chosen? Ah, that’s a story that passed into legend. A Tale of the Truscan (K)nights.