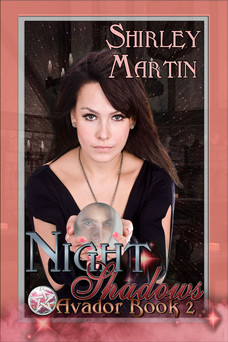 Fianna leaves home to escape having to marry a man she doesn't love. She travels to another city, far away, hoping to escape detection. There she meets Gaderian, but she doesn't realize he is a vampire. Forced to support herself, she works as a fortune teller in a tavern, and there she meets Gaderian again. She is caught between three different men who want her, each for his own reason. The demon, Stilo, wants her as his sex slave. Angus, the man she refused to marry, won't give up in his search for her. And in a realm where vampires and demons battle for supremacy, she is trapped in a dangerous game, where someone is bound to lose his life.