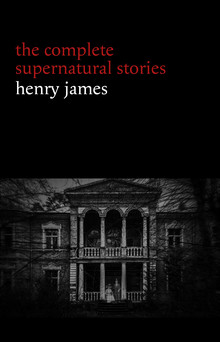 Henry James: The Complete Supernatural Stories (20+ tales of ghosts and mystery: The Turn of the Screw, The Real Right Thing, The Ghostly Rental, The Beast in the Jungle...) (Halloween Stories)

Henry James (1843-1916) was an American author regarded as a key transitional figure between literary realism and literary modernism, and is considered by many to be among the greatest novelists in the English language. He is best known for the novels "The Portrait of a Lady", "The Ambassadors", and "The Wings of the Dove". James also wrote several atmospheric, psychologically complex, and emotionally powerful supernatural tales. His gothic ghost novella “The Turn of the Screw” is considered by many — including Stephen King — to be the exemplar of the ghost story.