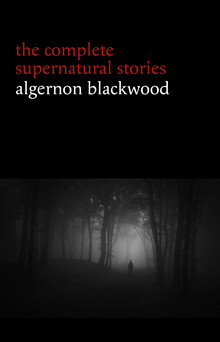 Algernon Blackwood: The Complete Supernatural Stories (120+ tales of ghosts and mystery: The Willows, The Wendigo, The Listener, The Centaur, The Empty House...) (Halloween Stories)

Algernon Blackwood (1869-1951) was an English short story writer and novelist, one of the most prolific writers of ghost stories in the history of the genre. He was also a journalist and a broadcasting narrator. S. T. Joshi has stated that “his work is more consistently meritorious than any weird writer’s except Dunsany’s.” Though Blackwood wrote a number of horror stories, his most typical work seeks less to frighten than to induce a sense of awe.