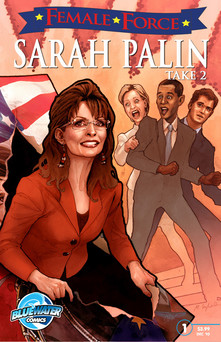 The Democratic party can't shake the political force that is Sarah Palin. Does the previously unknown governor from Alaska have a legitimate shot at becoming the United States' first female president? Will she bring down the Obama administration in 2012? One thing's certain: Palin has made politics a lot more interesting.