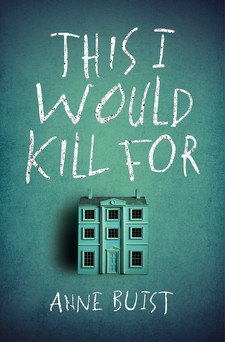 This I Would Kill For : A Psychological Thriller featuring Forensic Psychiatrist Natalie King

The latest installment in the thrilling Natalie King seriesNatalie King has been hired to do a psychiatric evaluation for the children’s court. A custody dispute. Not her usual territory. A distraught mother Jenna needs help maintaining custody of her children, claiming her former partner Malik has been abusing one of the children. He claims she’s crazy and compulsive. But what if all the claims are true, or none? And how does she work out where her concerns for the child slide into her growing obsession with her own lost father? With all the public interest, social media trolling and intense media speculation, Natalie finds herself struggling to view the case impartially. More urgently: with both parents saying they’re desperate to keep their daughter safe—what if one of them is desperate enough to kill? What Reviwers and Readers are Saying:‘A complex tale that is well told by an excellent thriller writer who delivers great psychological insights within the fabric of her storytelling,’ Mark Roberts‘Buist brings her considerable experience as a perinatal psychiatrist to bear in this novel, giving it authenticity and gravitas,' Daily Telegraph‘A multi-stranded, pacy thriller that weaves together an intricately twisty plot, keeping the reader guessing to the very last page,’ Lisa Hall‘A proper plot-twisting page-turner… I was completely gripped,’ Emma Healey‘An intelligent, well-paced thriller,’ Adrian McKinty‘Buist gives the reader a plot that is original and believable, with more than one twist to keep the reader guessing to the end… A brilliant read,’ BookMooch‘A psychological thriller with all the ingredients,’ Women's Weekly