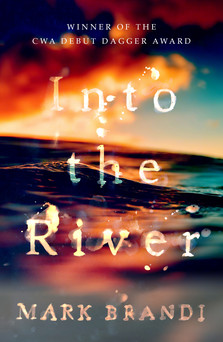 Into the River : Winner of the CWA Debut Dagger

WINNER OF THE CRIME WRITERS' ASSOCIATION DEBUT DAGGERWINNER OF THE 2018 INDIE DEBUT FICTION AWARDSHORTLISTED FOR LITERARY FICTION BOOK OF THE YEAR, ABIA AWARDS 2018SHORTLISTED FOR THE MATT RICHELL AWARD FOR NEW WRITER OF THE YEAR, ABIA AWARDS 2018SHORTLISTED FOR THE NED KELLY AWARD FOR BEST FIRST FICTION 2018Growing up in a small country town, Ben and Fab spend their days playing cricket, wanting a pair of Nike Air Maxes and not talking about how Fab's dad hits him, or how the sudden death of Ben's next-door neighbour unsettled him. Almost teenagers, they already know some things are better left unsaid.Then a newcomer arrived. Fab reckoned he was a secret agent and he and Ben staked him out. He looked strong. Maybe even stronger than Fab's dad. Neither realised the shadow this man would cast over both their lives.Twenty years later, Fab is going nowhere but hoping for somewhere better. Then a body is found in the river, and Fab can't ignore the past any more.What Reviewers and Readers Say:'This book is SO good. Published to huge acclaim in Australia (as Wimmera), Into the River is dark, unsettling and makes for compulsive reading. UK readers, you have a treat coming' Hannah Richell'Brimming with tension and menace, Brandi’s Into the River is an unforgettable story extremely well told. It had my heart racing and breaking in equal measure' Sarah Bailey‘A bold new voice in fiction' Louise Jensen‘Mark Brandi writes with elegant brevity – a rare writer who knows the power of words left unwritten’ Chris Hammer