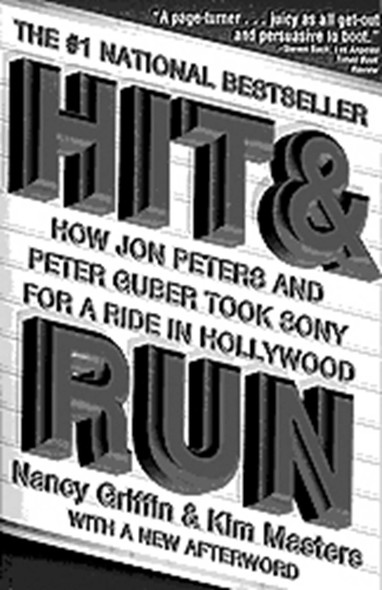 Hit and Run tells the improbable and often hilarious story of how two Hollywood film packagers went on a campaign to reinvent themselves as studio executives -- at Sony's expense. Veteran reporters Nancy Griffin and Kim Masters chronicle the rise of Jon Peters, a former hairdresser, seventh-grade dropout, and juvenile delinquent, and his soulless s... More