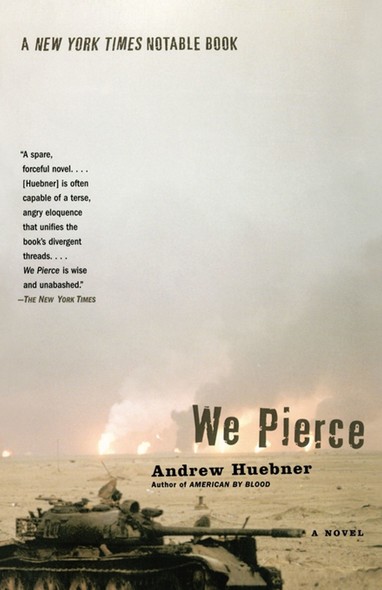 We Pierce is the story of two brothers: one brother, Smith, goes to war. A true believer, he leads a tank company into battle in Iraq during the Gulf War. There he learns about the true nature of patriotism, camaraderie, modern warfare and, finally, the soldiers' secret that some things learned over there are better not brought back home. Meanwhile... More